FORMER football legend Eric Cantona talks to us about working with Ken Loach on new film Looking For Eric, getting to grips with playing the trumpet and why he finds playing football and acting pretty similar in terms of approach.

He also likens his new director to his former manager, Sir Alex Ferguson, and reveals why the film is for all cinema fans – not just football fanatics or Manchester United followers…

Q. You first approached Ken Loach with an idea to make a film. What was it about Ken that appealed to you?
Eric Cantona: With my two brothers, Jean-Marie and Joel, I wrote a two-page story and wanted to make some kind of movie. We met a French production company, called Why Not?, and the first name we put on the list was Ken Loach. It was a dream for all of us. So, we tried and we met Ken and Paul Laverty, his writer, and they read the two pages and were inspired by that to do something. Paul had the freedom to do his own story – and he wrote his own story, which is better than the one we’d written [laughs].

Q. How was it playing a version of yourself as opposed to a completely new character?
Eric Cantona: I’m proud that Paul [Laverty] decided to deliver this part of my personality. It’s not more difficult or easier to play part of your personality, or part of yourself. It’s just another way to walk. And Ken and Paul helped me a lot to find the confidence to enjoy being on the set.

Q. How do you compare working under Ken Loach with working with Sir Alex Ferguson?
Eric Cantona: I would like to compare football and cinema. I think it’s very similar. It’s two games… different games. You have to work very hard and find the confidence to enjoy it on the pitch or in the film. Ferguson, as a manager, and Ken, as a director, are very similar. One’s a great manager, the other a great director, but both have a lot of humanity and a lot of humility. They always give you the energy… with Ferguson when we played a game it was like it was his first game – he’s so passionate and gives you ambition every time. And Ken works the same way – they’re very similar.

Q. How good are you at playing the trumpet and did you have to practice a lot?
Eric Cantona: When I was banned for nine months I had an opportunity to focus on something else and I needed to focus on something else. It’s who I am. I admire Miles Davis and Chet Baker a lot and I like this instrument, so I tried and I learned and practised for two months. But I stopped after that. Then I spent two afternoons with Paul speaking about different things in life, I mentioned this and he said: “I don’t know how but it will be in the script.” So, just before shooting I started again for a few days and tried my best [laughs].

Q. Are you a person who studies philosophers or reads self-help books?
Eric Cantona: No. Everybody’s tried to analyse what I said at the press conference about the seagulls [laughs] but I didn’t want them to make sense. I just put words after words. But I think everybody can find the sense in any situation. The meaning wasn’t the words; I just wanted to come in front of you to say something that meant nothing because I think they tried to make this situation very serious and life has plenty of serious things. I don’t think the world of football is so serious. It’s important to have distance about things and about yourself. If we believe we are kings or gods, we become crazy. We all know it’s a game and we all enjoy it together. 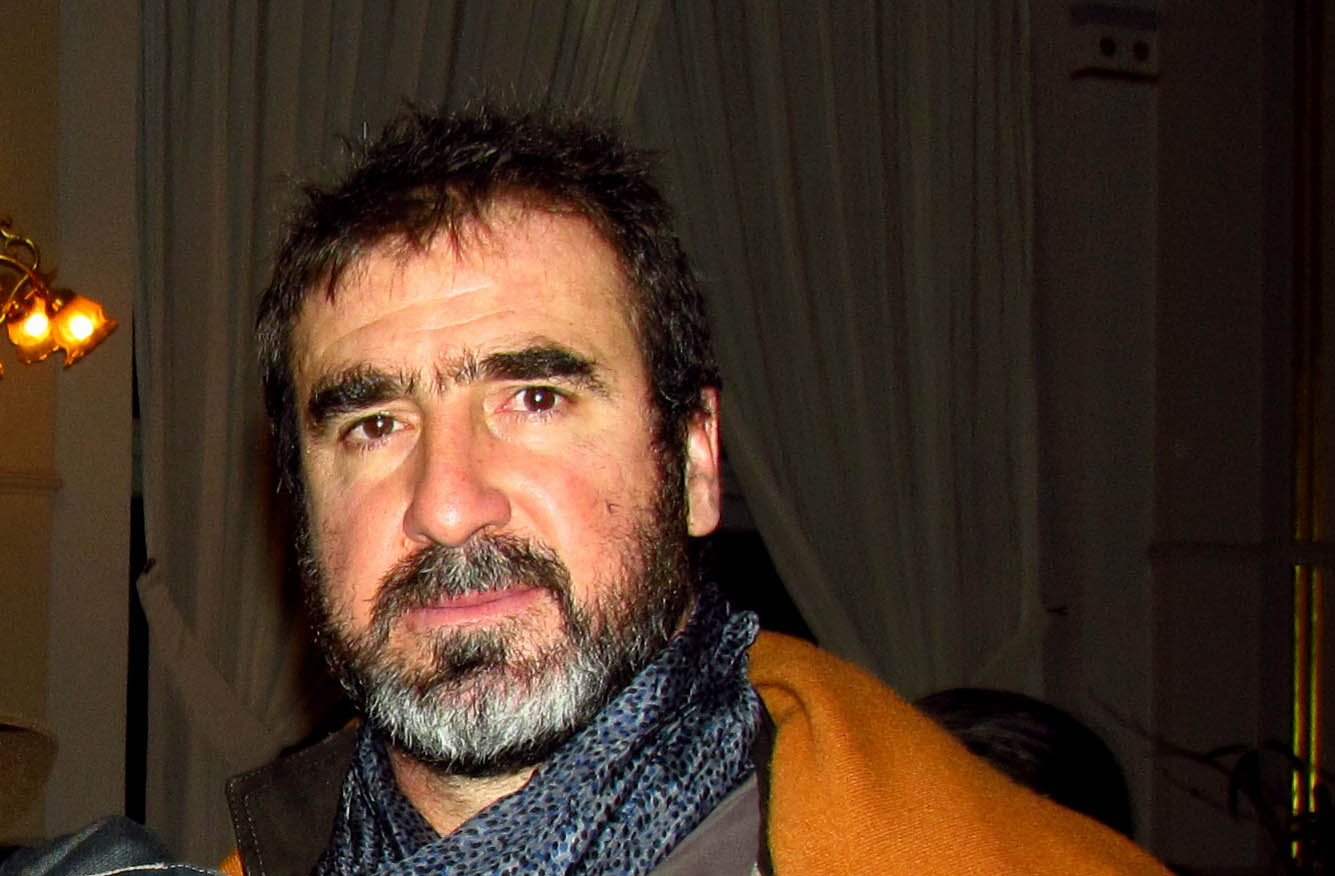 Q. What was the greatest acting performance you’ve ever seen by a footballer on the pitch?
Eric Cantona: When I was a child I had a dream to become a football player. I always played as I played when I was a child. I tried to improve. I never dreamt of becoming a professional football player, I dreamed just to play with the best players in the best team. I never dreamed to be paid to play. I would have paid to play an FA Cup Final in front of 80,000 people in Wembley. I just tried to play the wonderful game that football is. So, I hope young players will still have this dream.

Q. Do you think this film will appeal to fans of other clubs other than Manchester United?
Eric Cantona: Yeah because every man who has an idol or admires someone can recognise its themes. It’s not only a film about the relationship between fans and idols, it’s also a love story, a story of a man who is depressed, who has problems in his relationship with his teenage step-children… I think all the subjects are very universal and it’s not only for Manchester United fans. It’s why we wanted to work with Ken and Paul because there is a lot of humanity and solidarity in their previous films and we were sure that they could give us that.

Q. How much improvisation did you do on set? Are some of the words your own invention?
Eric Cantona: Everything was written. It came from the imagination of Paul. He gave us limits and inside that we were free, which was very important I think.

Q. How surreal a moment was it for you being in that sea of Eric Cantona masks and then actually wearing one yourself?
Eric Cantona: I wasn’t in the scene, I just appear at the end. But I came to see the shooting and it gives you something… I don’t know, we’re all different, but I think this scene without the mask gives you another type of energy. And with the masks it gives you something more. I was very emotional. Seeing all these people… these wonderful people all together, fighting for their friend, with the same mask – it’s not because it’s my mask, it could be yours. But it was very emotional. 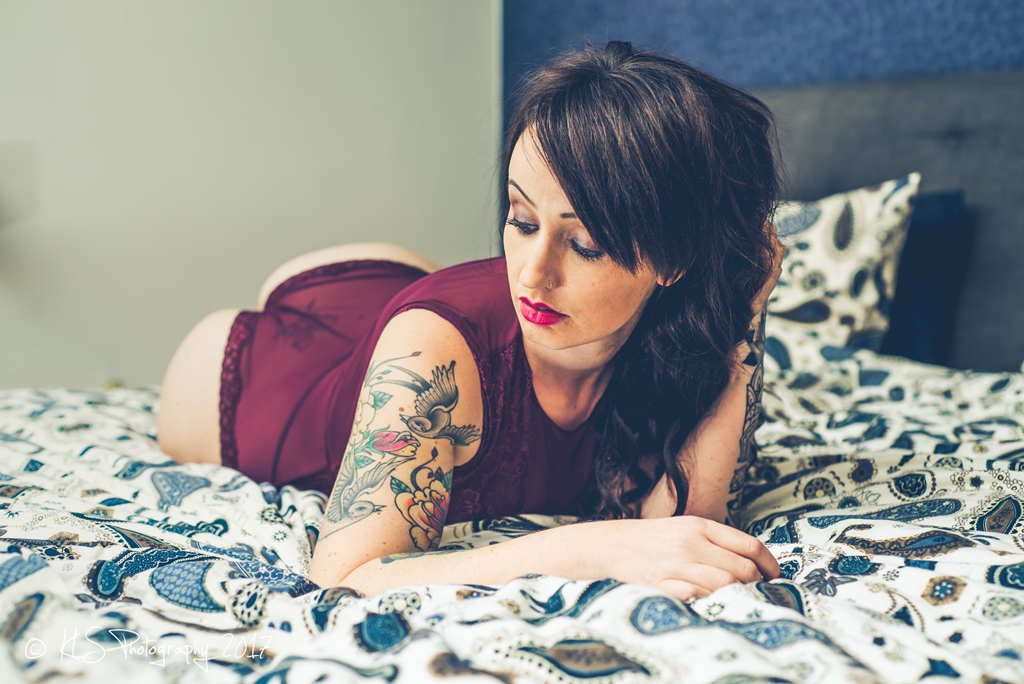 Just go for it!! And never Let people tell u that u cant, cause believe me you can.. and if you can dream it you can do it.. sorry cliché but its what I believe in. Start taking pictures of yourself and practice in the mirror I do it every day and yes it looks dump 😂 but it can help. Look around on Instagram and follow other models and photographers for inspiration, be different, be you ❤ 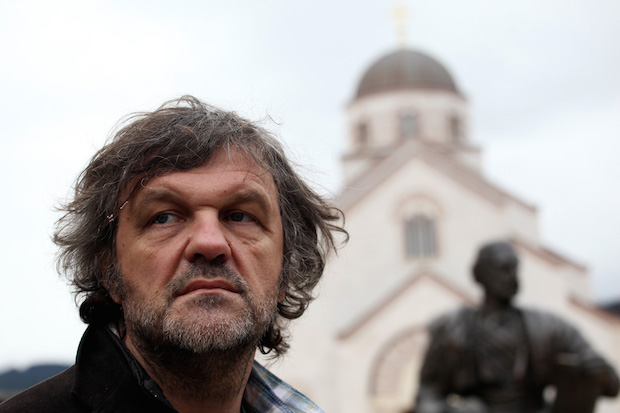 Emir Kusturica interview: why Slavoj Žižek is a fraud

Last month I was invited on a press trip to Serbia. The whole thing sounded great; free accommodation, free food, free travel. I said yes, obviously. But there was a catch; it involved an interview with the film director Emir Kusturica. 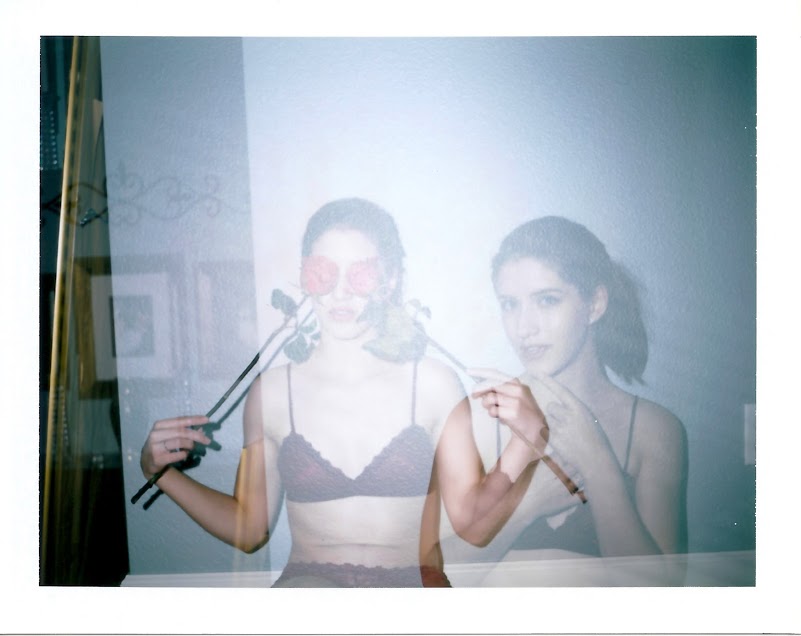 I agree that self-confidence is key when it comes to any type of art, including modeling and self-confidence. I would say that the most important thing to remember is your value and image. Is your art demonstrating your worth? How do you want to come off to your audience? If the art that you are doing does not reflect this, then don’t do it. Also, don’t be afraid to say no. You don’t need to be overly sexualized for success. I’ve had so many male photographers try to push me to reveal more or do more than I was comfortable with in shoots, and I’ve had a hard time always saying no, but it’s something you have to do. I had to explain to them that I’m ok with revealing more, but it has to serve a purpose that makes statements that align with my views. Create what you want to create - it’s your art form, express yourself how you wish to. 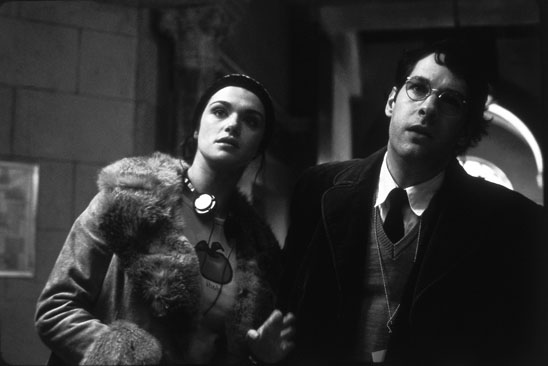 In a letter to Mrs. Patrick Campbell, written in November 1912, George Bernard Shaw cleverly described himself as follows:“He will fill his fountain pen with your heart’s blood, and sell your most sacred emotions on the stage. He is a mass of imagination with no heart. He is a writing and talking machine that has worked for nearly 40 years until its skill is devilish…. All his goods are in the shop window, and he’ll steal your goods and put them there too.”