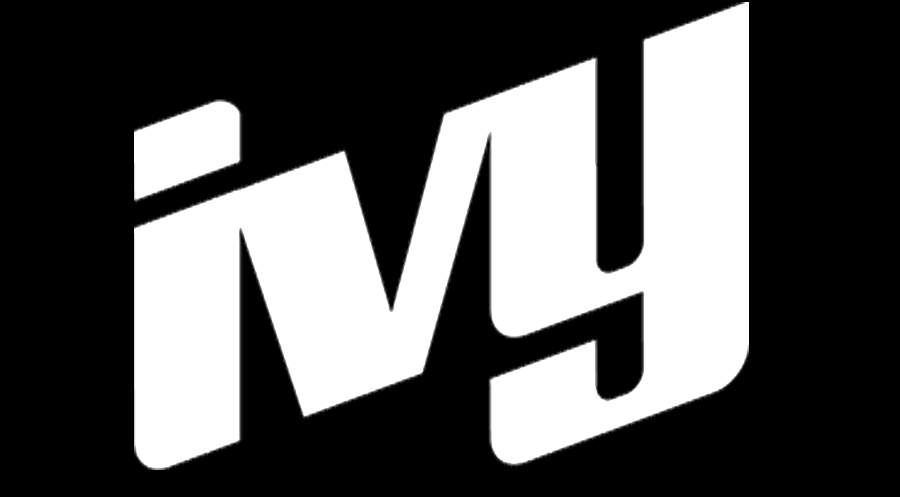 The first time I ever heard of Ivy was when I heard the song “Worry About You” in the pilot episode of the USA series The 4400. This, unfortunately, was the only previous knowledge I had of Ivy before listening to their new album All Hours. The first song I heard was thei single “Distant Lights,” which was completely different than that one song I heard in 2004. After listening to the rest of the album and some research, I learned All Hours is a representation of the new electronic-only Ivy. Regardless, I saw it as a collection of psychedelic electronica tracks that I just couldn’t get enough of.

Ivy is a trio — multi-instrumentalist Andy Chase and Adam Schlesinger and singer Dominique Durand — that started out in the mid-’90s out of New York. They were widely recognized and acclaimed until their long hiatus six years ago. (Schlesinger found much success as the bassist in Fountains Of Wayne and the writer of the theme from That Thing You Do!) According to the band, that long period time was difficult for them — struggling through obstacles both in their music and in their personal lives. The band has now gotten back on their feet with this fifth studio album, but I really should call it the first, since it is the first album that displays their new electronic sound.

I was lucky enough to talk to Chase about their new album All Hours, the struggles they had during their hiatus, and the future of their music. 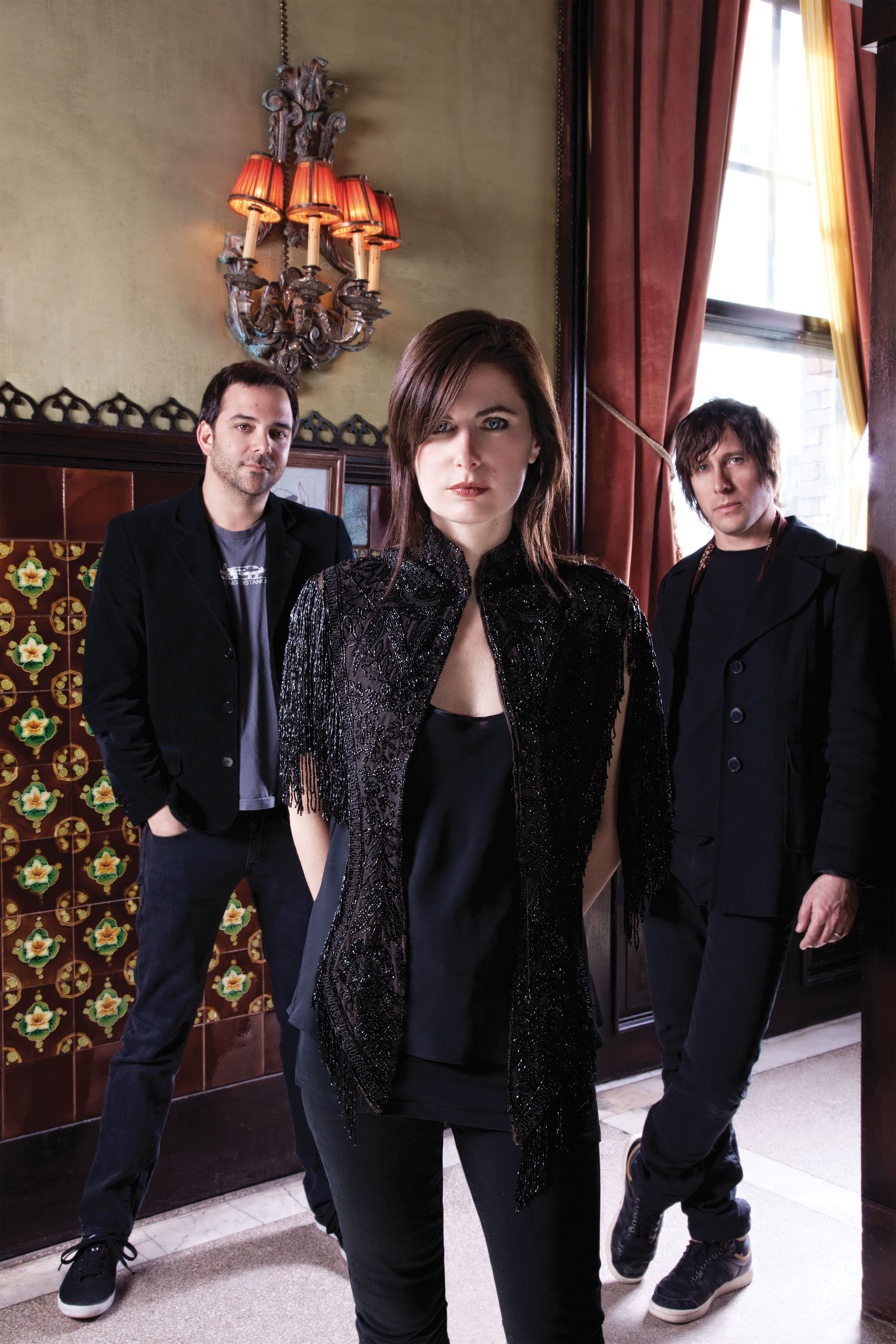 Pop-Break: All Hours is your first album in six years. What caused the group to take such a long hiatus?

Ivy: In 2006, we had just finished up the last of our touring in support of [the album] In The Clear. We took about a six-month break off after that and then started getting together in our studio Stratosphere to work on a follow up album. Adam [Schlesinger] was busy with Fountains Of Wayne, and me with my other band, Brookville, as well as producing other bands, so the Ivy sessions would last for a few weeks and then get interrupted for a few months. But somehow by 2008 we had about 80 percent of a new record completed. We walked in the studio one day to talk about how to finish the 20 percent left, pretty excited about the progress. We sat down and listened to the songs back-to-back … and had this terrible epiphany. We looked at each other and all agreed that the record was awful and had to be thrown away, all of it. This really spun us into a depression, and it was the first time we doubted whether we even had another Ivy album left in us. Not long after that Dominique got really, really sick and was in and out of hospitals for the next year, sidelining Ivy and everything else going on in our lives. By the time she was well again, it was 2010 and we had nothing to show for ourselves — no album, no songs.

But Dominique had this revitalized energy and determination to make the best album yet, and her new vision became the blueprint for what would be All Hours. She felt we needed to do something more energetic, more synth based and drum & bass heavy. Being keyboard players first and foremost, Adam and I were happy to leave our guitars behind for once. As soon as we set off on this new path, the record unfolded quite fast, and within another six months or so [putting us into 2011], we had a finished it. Almost six years had passed, which still seems unbelievable. 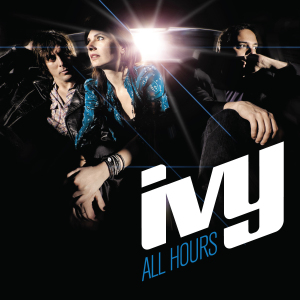 PB: You guys seem to have this new, set direction in where you want to take your music. Do you think that there will be more consistency in writing new material in the future?

Andy Chase: I don’t know. We feel pretty confident that in whatever we do there will always be the essence of who Ivy is — the sound of Dominique’s voice, the atmospheric sensibility that always comes through — so that frees us up on our never-ending pursuit to expand and develop ourselves. Each record, we try to move away from what we did before and venture into territory that seems a bit uncharted for us. It’s not that we need to reinvent ourselves, we just want to push our creativity and to have a metamorphosis into something more expansive than the previous efforts. I think if you compare our first album Realistic to our new one All Hours, you might come to the conclusion that we are not the same band, but if you listen to the records in between which connect the journey, I think the whole evolution seems natural and makes sense.

PB: Do you feel that the band has a stronger relationship now that you have gotten back on your feet?

AC: I think after all these years, the tens of thousands of miles of touring, the crazy stories, moving from our 20s to 30s to now 40s, kids, illness, an aborted record and now All Hours … things can only be stronger. The bond over time either withers or grows more secure, and the fact that we’re here now with a new album, clearly we all feel as confident and unified as we’ve ever felt. It’s quite nice actually.

PB: What makes All Hours different from your previous albums?

AC: There’s almost no guitars, which is a first for us. It’s also the first time just the three of us — no outsiders — have made an album. We used only drum machines and synthesizers, something we’ve never done, or certainly not to this extent. It’s probably the most rhythmic, danceable album we’ve ever made, and might be one of the strongest collection of songs we’ve written on any one album.

PB: Was there anything in particular that inspired the writing process of All Hours?

AC: As I mentioned before, Dominique had this vision for how the album should sound. She described it to me and Adam as a Tom Tom Club record — edgy, dancy, not too many layers of tracks, keeping it simple and trying to have fun with it with, infusing it all with a sense of irony and innocence. That was an easy thing to try to capture, as we put our guitars away and just sat down at the computer trying to come up with cool drum beats against simple keyboard hooks. Very different from our days of writing and bringing finished songs to each other on acoustic guitars.

PB: “Distant Lights” was released as the single off the new album, and it is getting some positive reviews. Were you nervous at all about how receptive people were going to be about this song or the new album in general?

AC: We knew this song was both an anomaly, and yet strangely quite representative of the spirit of the rest of the songs on All Hours. “Distant Lights” is really a kind of crazy Greek discothèque song, and yet it morphs into something very Ivy-like. We knew it had to be the first track in order to make a statement — to say Ivy’s been gone for a while, now we’re back, and you’re going to be really surprised by what you hear, it’s going to be shockingly different, and yet by the last song you’ll feel like we haven’t really changed that much. We’re really proud of the record, so no, we’re not too nervous.

PB: It seems that you guys have a few shows lined up in the tri-state area for the fall already. Any there any talks or plans of a tour that fans can look forward to? 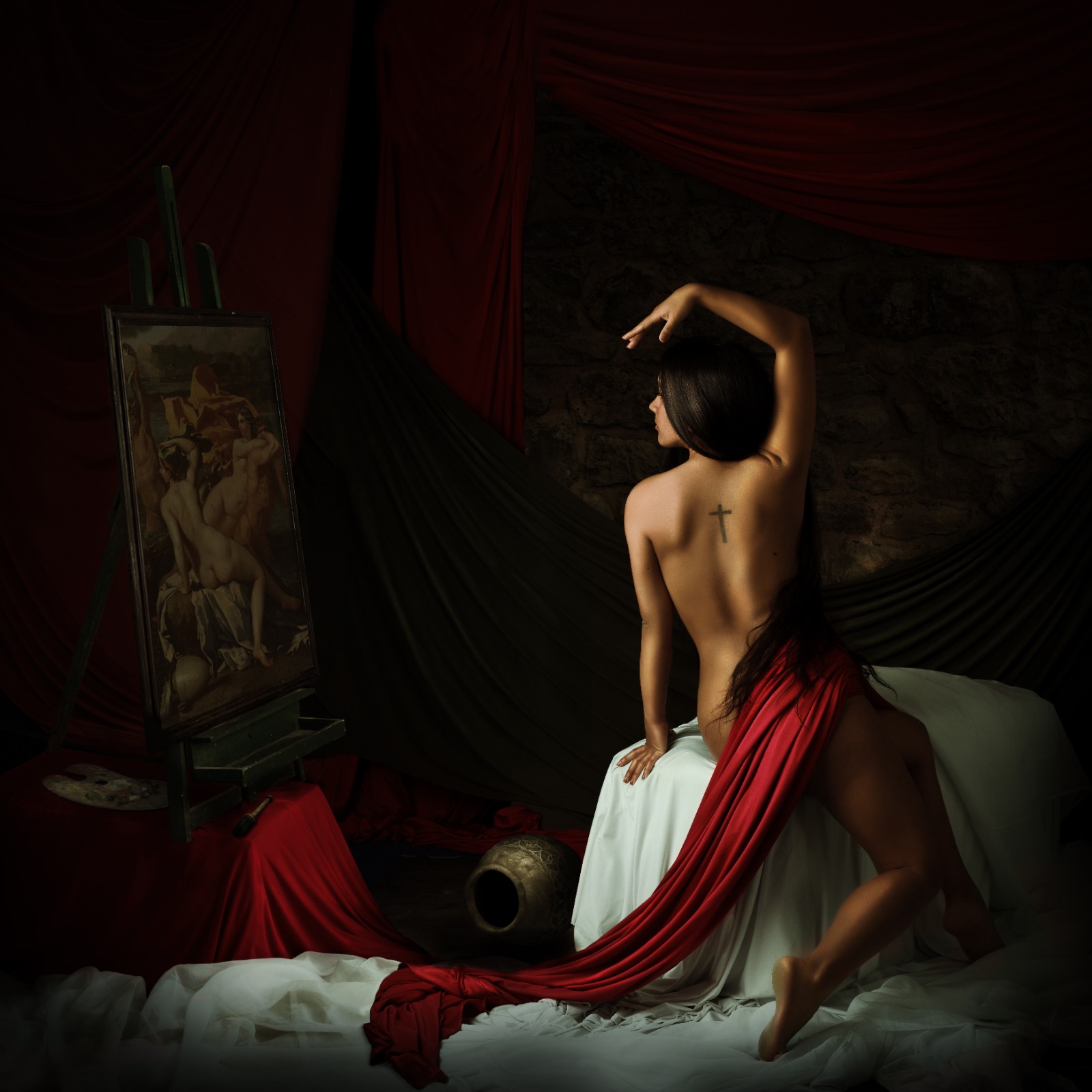 Estar desnuda frente a la cámara antes era u a sensación rara de mucha vergüenza pero ahora es algo muy natural.
Prefiero estar completamente desnuda, es cuando soy más yo y conecto con el arte de la fotografía.
Being naked in front of the camera before it was or felt rare of much shame but now it is very natural.
I prefer to be completely naked, it is when I am more and with the art of photography. 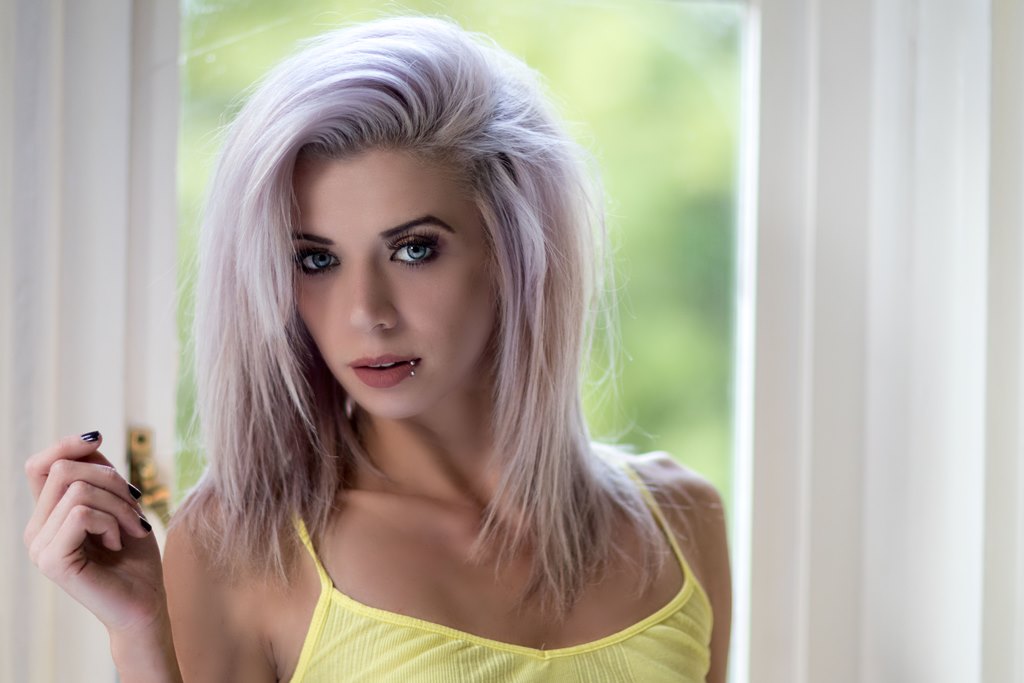 Jordan - I am proud of where I am so far

How to be a successful model 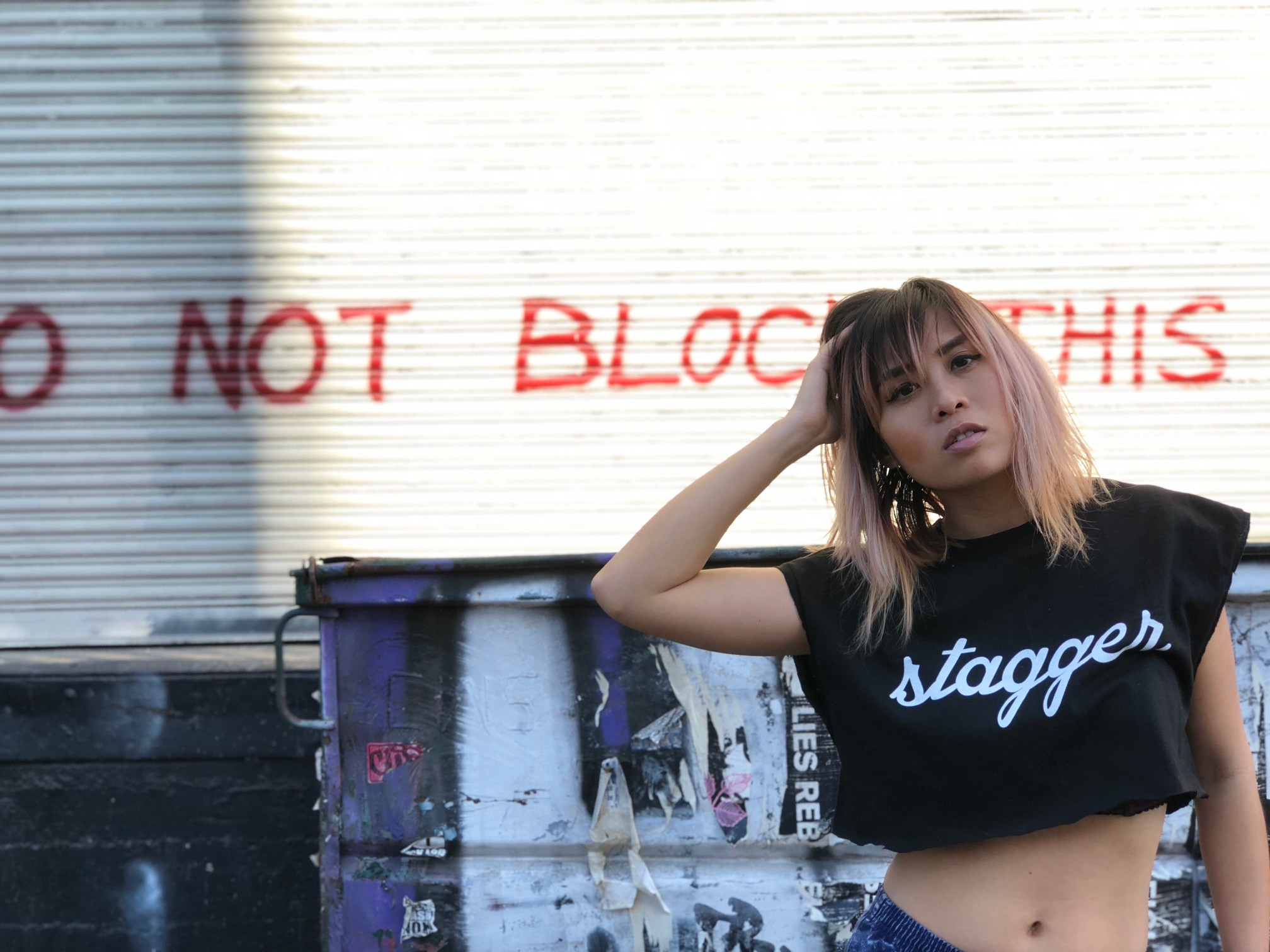 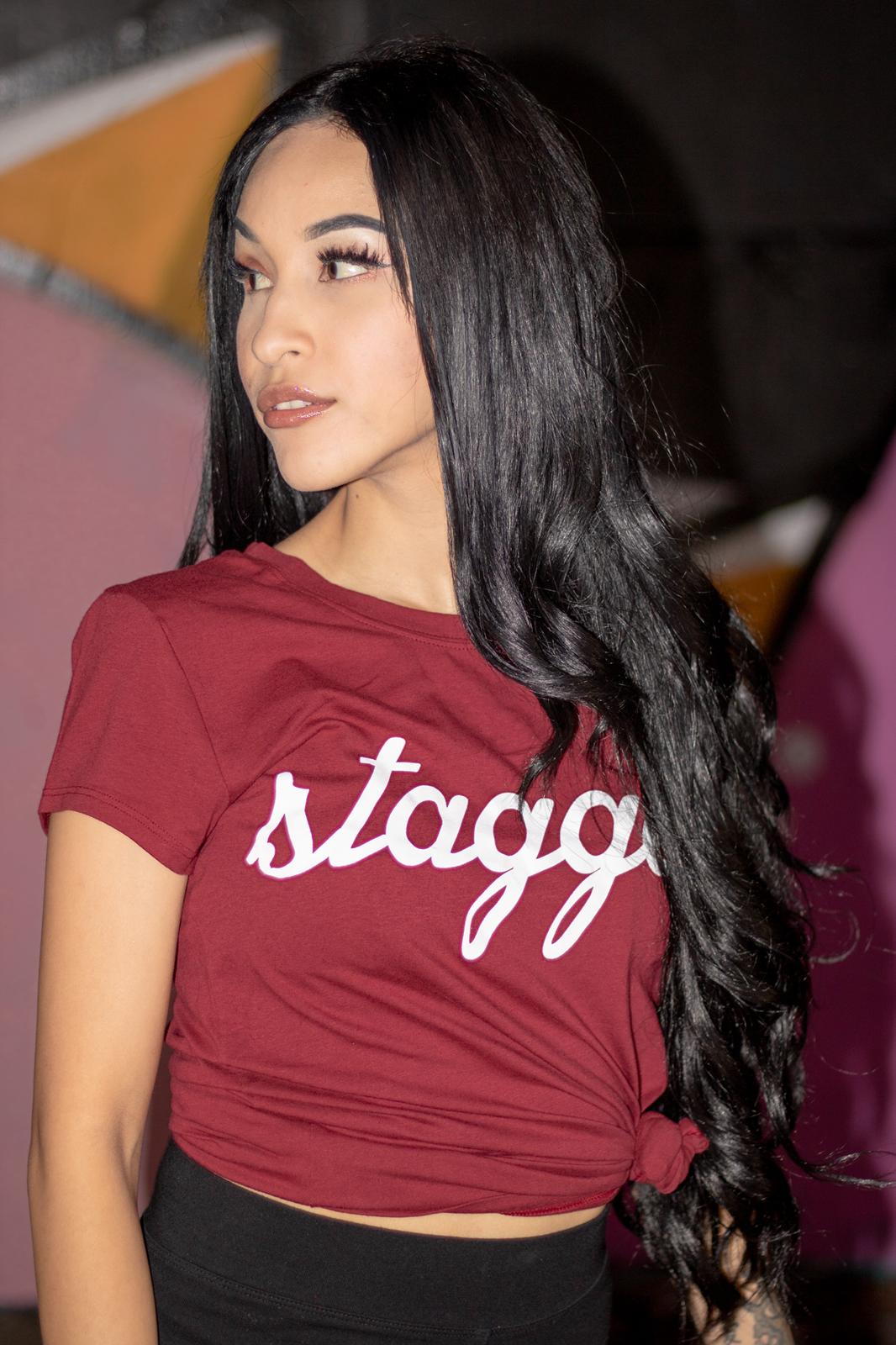