Why Cruising? Why now? And why does it feel like how you answer those questions will determine which side pocket you keep your handkerchief in?

The gay blogosphere has largely treated the re-release of William Friedkin’s 1980 ode to fisting, faggotry, and flash cuts with a level of indifference nearly equal to the fury of the disco era’s gay community. What currency could Al Pacino’s battle with the monsters in his closet possibly have when held against the ironic shitter-stall malfeasance of a real live DOMA-endorsing, Clinton-tutting Republican Senator? The bloggers at AfterElton went so far as to wonder if Warner Bros. hadn’t virally engineered media coverage of Sen. Larry Craig’s graceless political curtain call with as many “cruising” references as possible, which seems a remarkably cavalier attitude toward a film that, in its day, was essentially accused of sanctioning gay murder in the same sense that Dressed to Kill was thought to justify rape. (Brian De Palma had initially considered adapting Cruising before apparently realizing how much he would rather work in his element: high heels, venereal disease, and Park Avenue whores.)

But at least Friedkin and Warner Bros. thought to tack on a defensive statement before the film (at least in its original run) that read “This film is not intended as an indictment of the homosexual world,” which admittedly proves they knew exactly how thin a line they were skirting. It’s still fascinating to weigh the film’s current attempted renaissance (one which, as Ed Gonzalez’s unequivocally contrary blog entry on the film suggests, will still probably wind up in a critical draw) against the current political climate—as well as the current state of gay cinema. Our culture has now scaled Brokeback Mountain and breathed in the thin, undernourished, Oscar-hungry air thereabout. For all its bad judgment, questionable portrayals, and arrogant artsploitation aims, Cruising is precisely what Brokeback and all excepting a small handful of eternally rewarding fringe gay movies (Tropical Malady, Bad Education, Mulholland Drive) are not: an interesting film. If Cruising‘s homophobia is also in contrast with Brokeback Mountain‘s purported lack, well, no one said art (or even faux-art) went down easy. Just ask John Waters, who put the words “the life of a heterosexual is a sick and boring lifestyle” into the snaggle-toothed mouth of Edith Massey years before Cruising got so many dicks bent out of shape.

Cruising, based on a book inspired by a series of murders that would in later years be termed hate crimes, is a film that had to answer for a lot of unfair expectations. Chief among those is the burden of being one of the first major studio pictures to present gay sexuality on the screen (as opposed to the more innocuous gay “identities” of The Boys in the Band). Firsts are always in some measure definitive, and the reservations of those who were not portrayed accurately by Cruising are understandable in light of the film’s implication that each and every last fag in the tri-state area fell into three groups: leather daddies packing cans of Crisco, mincing tranny bitches, or sweet-natured eunuchs caught in between, doomed (because of their unwillingness to fly their freak flag) to spend their miserable, artistic existence in solitude. (I left out a fourth archetype, but since that would be the predatory murderer demographic, I don’t imagine including that to pump up the diversity quotient would appease Cruising‘s detractors.)

Some of the film’s objectionable presuppositions can be dismissed, others not. In the former camp is the notion that the adjustment of the sexual alignment of Pacino’s undercover cop emerges from having spent a few nights pumping his arms on the grimy dance floors of the S&M clubs. He frequently rushes back from his stakeout apartment on Christopher Street to have sex with his girlfriend (Karen Allen). As the film goes on, he appears to engage in increasingly rougher sex, and at one point seems to need to hear that disco-punk beat in his head to get in the mood with her. While to some this is a flagrant demonstration of the insidious, seductive allure of homosexuality that is passed like vampirism, I think Friedkin’s scenario is far more interested in examining the fragility of undercover policemen’s identity.

That Pacino’s crisis is held against the idea (still pretty fresh in the late ‘70s) that homosexuals could be as traditionally macho as heterosexuals is almost accidentally serendipitous, at least as far as the plot is concerned. It’s not necessarily Friedkin’s fault that a few gay men took the baton of that newfound machismo and shoved it too far up each other’s asses. A tad less forgivable on Friedkin’s part, though, is the outcome of Pacino’s crisis (which is probably about as much worth a spoiler alert as is the theory that AIDS may have been contracted among some members of the film’s cast, and on camera at that). Much as Friedkin tries to put a cute question mark on his coda a la The French Connection, you’d have to be pretty desperate for ambiguity to not assume Pacino ends up knifing the one gay man he could have brought himself to love. Now, I’m as repulsed by the mechanisms of fisting as the next guy, but it’s hard to imagine any sane non-fundie with half a wit (or at least a snapped hymen) could reason that all acts of male-on-male penetration are equal, be they consensual or homicidal.

The politics of homosexuality in America are in a continuous wrestling match with the societal standards of heterosexuality. Every policy, every attitude, every lifestyle choice is made in reaction to the standard of hetero monogamy. The Larry Craig incident is only the latest example; countless editorials surmised that airport bathrooms will continue to bear the brunt of unwiped spooge trails until homos are allowed the rights intended them by our nation’s forefathers to violently thrash the springs of their marital beds, that sex between two men (or two women, though you wouldn’t know it even exists listening to media talking points) would be dirty until the act of filing taxes jointly validated it for everyone. Does the resuscitation of Cruising at this moment when political correctness is on its deathbed have more impact from a cultural standpoint than it does from an aesthetic one?
Unquestionably. No matter what any number of Army of Shadows-fellating critics will tell you, the aesthetic values of re-released films are rendered negligible by their cachet as time capsules. In that sense, the appalling horror some may glean from Cruising isn’t its cold, clinical efficiency as both a thriller and a fag-baiting manifesto of hate. Its truly unnerving quality is that its existence is a brutal reminder from the past that homosexuality is not heterosexuality, and that any attempt to reconcile the difference will only breed resentment, confusion, and violence. Or perhaps it will only lead to more lame Hallmark movies of the week like Brokeback Mountain. 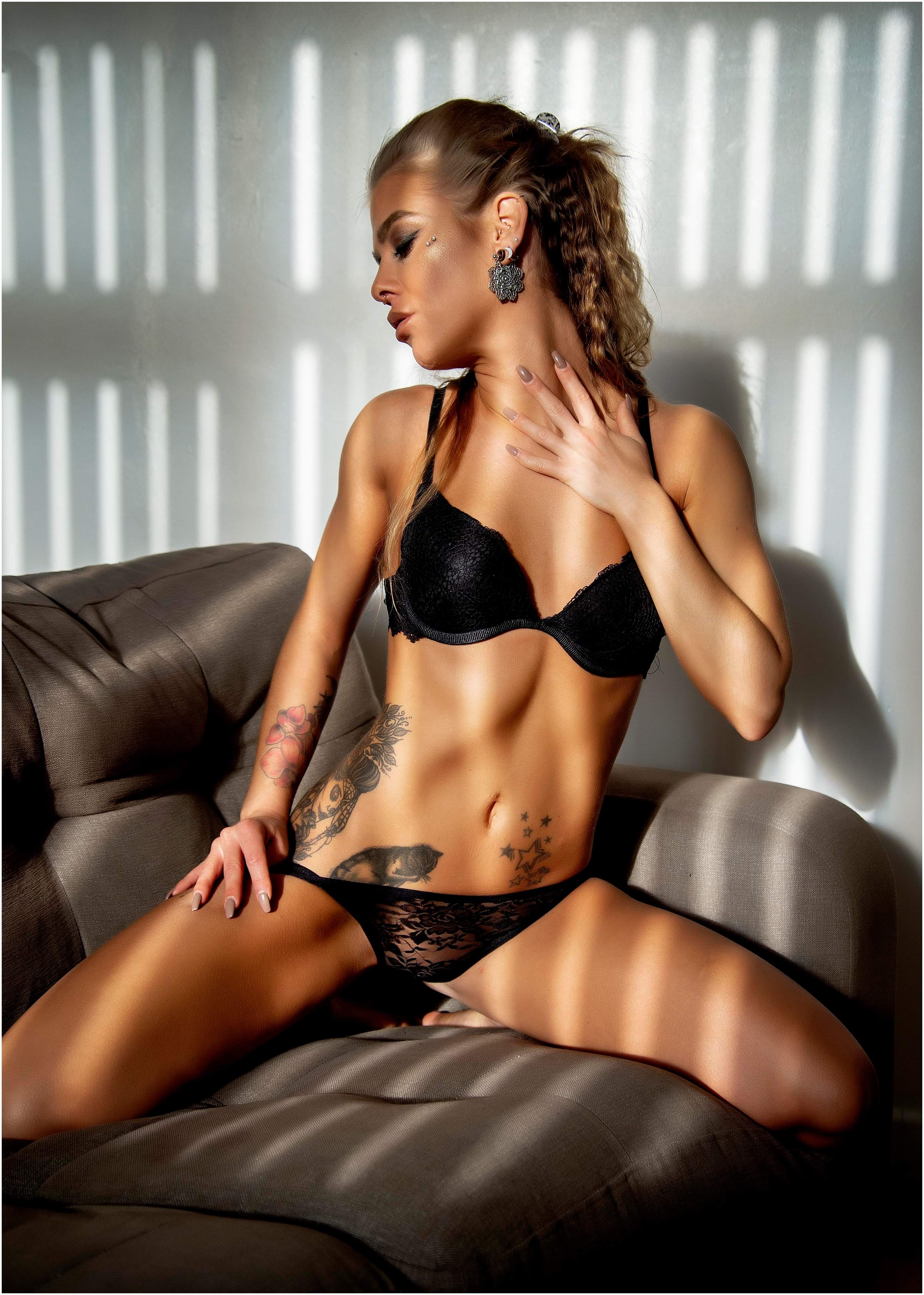 Anett - Inspiration and role model to every girl

Self confidence is not something what we can just pick up when we need it unfortunately, it takes lots of work, lots of failing and lots of progress. If you are one, who feels unhappy being in your skin, then is time for a change. Changes are hard. Very hard, but in the end it will worth it. Start small, put goals in front of yourself and when you reach it, celebrate yourself with putting a bigger one in your way.

It can be anything, what you wanted. Cutting your hair, going to gym, or have tattoos from head to toes. The key for is not giving up! Keep going, even if it hurts, or mentally destroys us. Have to learn to be brave and see the bigger picture. Never be shy to ask for help, we are all learning till the last day of our life, asking for help is a wise decision not a weak one. 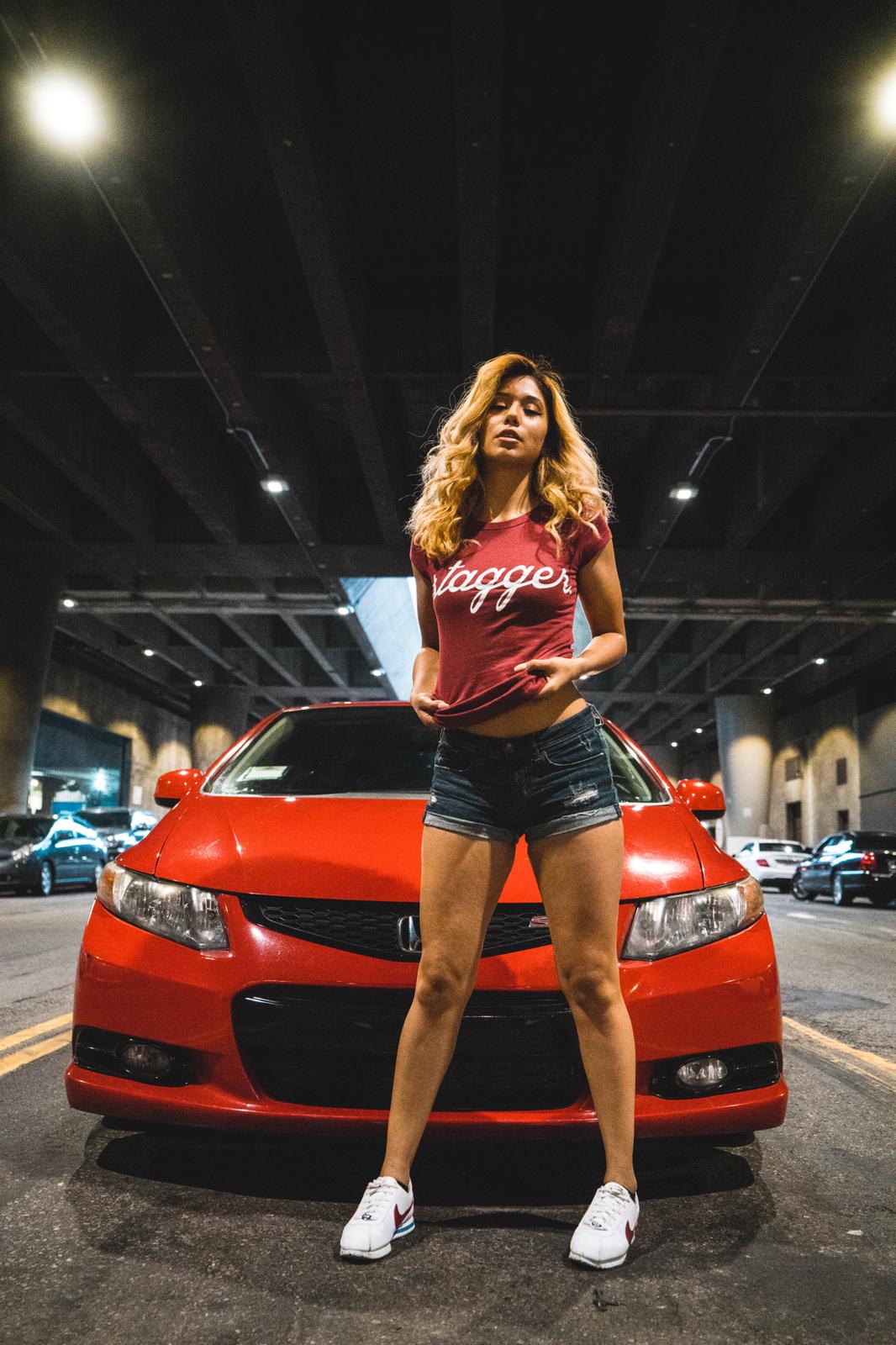 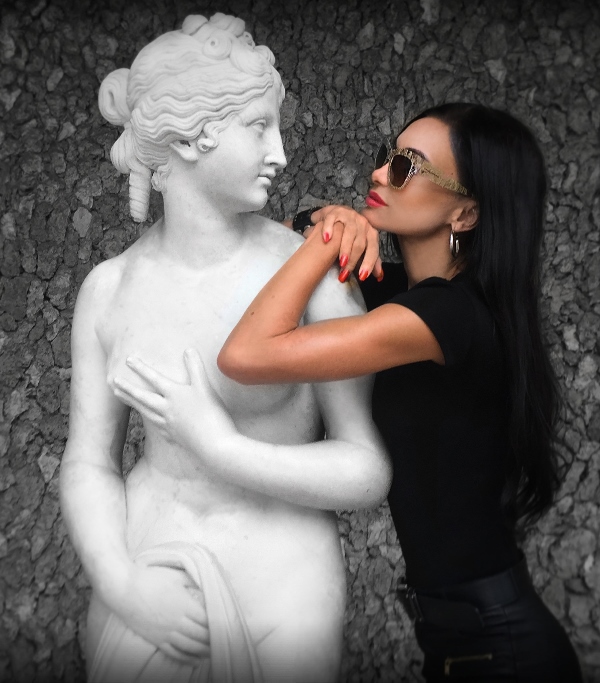 Kasia was born in Pabianice, Poland a city close to Lodz in central Poland. Her passion for adventure, travel, and fitness started at an early age.
After studying fine arts in college, Kasia decided it was time to see the world beyond her native Poland. At the age 24, she decided to move to the United States to learn English, see the country, and pursue her passion for art. 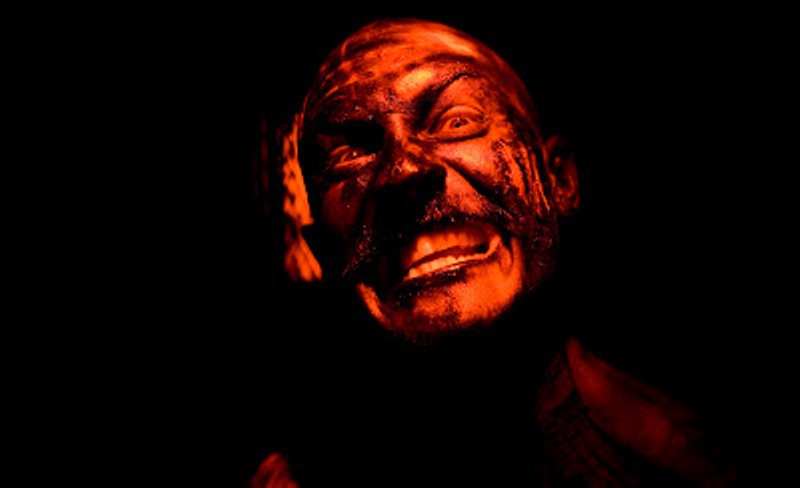 An interview with Tom Hardy for Bronson (2008)

This interview with Tom Hardy is a fragment of a phone conversation that was meant to last 20 minutes and went on for nearer 90. In the course of it, Hardy said goodbye to his wife and (I think newborn) child, accidentally drove off with his wife's phone, dropped it off for her at a nearby cafe and then drove to a photo shoot for Dazed & Confused, for which he was at least an hour late. I know this because the film's PR began ringing me relentlessly while Hardy was (permanently) mid-sentence, which meant I had the constant beep of an incoming call in my right ear.