Amarna Miller - In the name of Art

The first movie I directed and produced was actually my final degree project. It's called "Pecata Mundi" and represents the evolution of a female orgasm through a very refined aesthetic.- Amarna Miller: poet, experimentalist, feminist 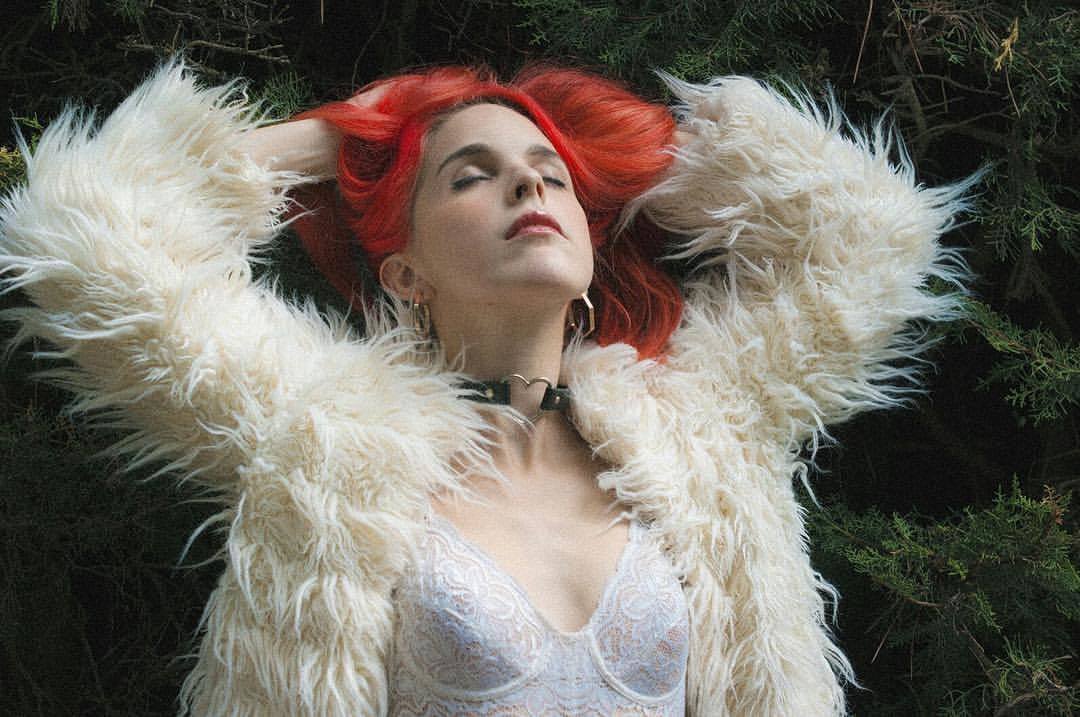 Where are you from and how did you find your second home in LA ?

I'm from Madrid, Spain. I first went to LA just to stay a couple of months with two friends of mine, Silvia Rubi and Gabe Tonic. I was by myself and they where staying at this wonderful house with great people where I ended spending most of my time. The second time I travelled to LA, I contacted them so I could stay there from the beginning of the 3 months I was going to stay... what I didn't know, that I would end up moving there! 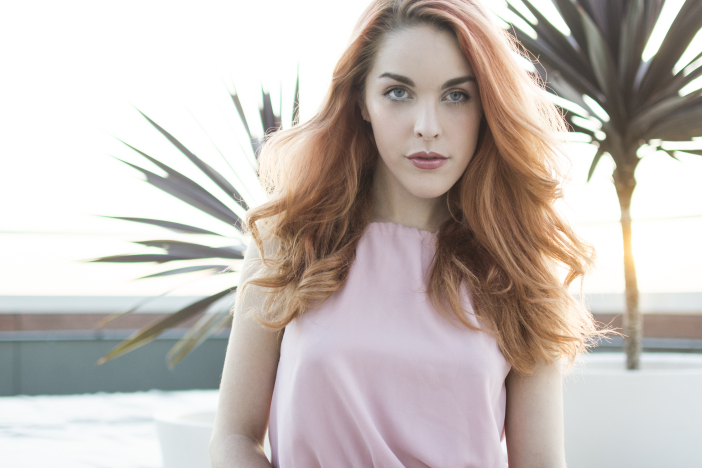 Your biography is very interesting. Can you tell us more about your artistic name - why Amarna, why Miller ?

I am a freak of history of art, archeology and the history of Egypt. There was a Pharaoh, Amenhotep IV (later known as Akhenaten) who decided to move the empire’s capital from Thebes to the east bank of the Nile. There he built an entire city dedicated to the worship of God Aton. The God of the Sun. He was a patron of the arts, and created a unique artistic movement during his reign. And do you know how the capital of the Empire was called? Tell el-Amarna, and therefore my name. And Miller comes from Henry Miller, he is one of my favorite authors and someone I really admire.

When did you start with modeling ? First experience was... ?

When I was 18 years old, a photographer started talking with me while I was on the subway and told me he would love to take pictures of me. I had never done something like that, but after a few days I gave him a call and decided to give it a try. A year later a very good friend of mine (who was also a photographer) convinced me to keep doing it as a part-time job. And here I am!

You graduate Fine Arts. Can you tell us more about that part of your life ?

I've always bee interested in arts. My parents supported me and helped me to develop that aspect of my personality and since I was little I have always been into drawing and arts and crafts. When I finished high school I had pretty clear I wanted to study Fine Arts. So when I started my degree I was very excited. Unfortunately the Spanish education system disappointed me pretty bad, and I quit college and started working for some months. After a while I decided to go back to college but this time I knew how it was going to be and that helped me finish my degree specialised in photography and a video.

Your favorite artists in general - movie, music...whoever inspires you and why?

I really like the director Gaspar Noé and his master piece "Enter the void" but also Ang Lee, Haneke, the first movie of Lars Von Trier, Wes Anderson and Terry Gilliam. Regarding music, I listen pretty much to oldies from the 60's and 70's, from Janis Joplin to Hendrix, and not forgetting Credence Clearwater Revival or Supertramp. About a year ago I started to listen more to contemporary music, alternative music like The Unknown Mortal Orchestra, Future Islands or Grimes. That being said, my main source of inspiration comes from literature. I love the generation beatnik and my favorite book is "The Electric Kool-Aid Acid Test" by Tom Wolfe. I really like Kerouac, Burroughs, Ken Kesey and Hunter S. Thompson, although I also reed and write lots of poetry. Neruda, Aleixandre, Pizarnik, Huidobro, ...

Last book / movie / show that made a big impression on you ?

Right now I'm watching a Netflix series called "Peaky Blinders" and the truth is that I'm loving it! The settings are amazing and it has a great political background. I watched some days ago "Life of Pi" by Ang Lee and I loved it, also I really want to go to the cinema to watch "Moonlight". Regarding books, I'm currently reading "Better than sex" by Hunter S. Thompson and it's being a total discovery, very political and great!

First adult movie was all yours - produced and directed by yourself. Can you tell us story about that experience - from the idea, trough whole session till the end and premiere of the movie.

Do you think that adult movie stars are still very underrated by mainstream media ? If do, what do you think, where is the problem ?

I think sex workers have to fight against many stigmas and prejudices, not only supported by the mainstream media but by all society. Most of the people still thinks that if you work with something related to your body, it's because you are not smart enough to do something related to your intelligence. Personally I feel I'm in a constant fight of "proving" in every single one of my interviews that I'm much more then a girl who is naked on the internet. Sex is still a taboo and it's not regularised that there is people offering sexual services, mainly women. It's about time to start changing that mentality.

You are a feminist. What is a feminism for you?

Yes I am. For me it's a combination of movements that claim for social, economic and personal rights of the women. If we talk also about intersectional feminism (in which I include my speech) we would also be talking about the protection of minorities that suffer because of their class, race, social condition, sexual orientation, ...
During hundreds of years, us women have been told how and who we had to love, desire, fell in love and marry. For the first time in a long time we have the opportunity of empowering our body and sexuality, we are no longer objects but subjects and that's what I try to do in my acts and my speech.

''Manual de psiconáutica '' is your first published book. What kind of poetry and photography we can find there ? Can you share one poem with our public ?

For me, "Manual de psiconáutica" was leaving my soul naked. I shared parts of myself that were very intimate and only very few people knew. I always say that in this book I'm more naked than in any of my scenes you can find on the internet. The photography is all analogue, taken with polaroids and also disposable cameras. I'd love to share a poem, the only thing is that's in Spanish! But here you have:

'' Burning Man '' experience. What can you tell us about that whole event and what does that means to you?

I went to Burning Man for the first time last year, and this I really wanted to come back. What can I say? This experience changed my life. It's a huge event that hosts about 70K people for a whole week in the desert of Nevada. The monetary transactions don't exist once you enter the festival, the only thing you can pay with money is coffee and ice. It's all about sharing, socialising and create new bondings. Being able to witness for myself such a huge reunion of so many different individuals in commune it's truly inspiring. Also not forgetting the amount of artistic projects that take place there! 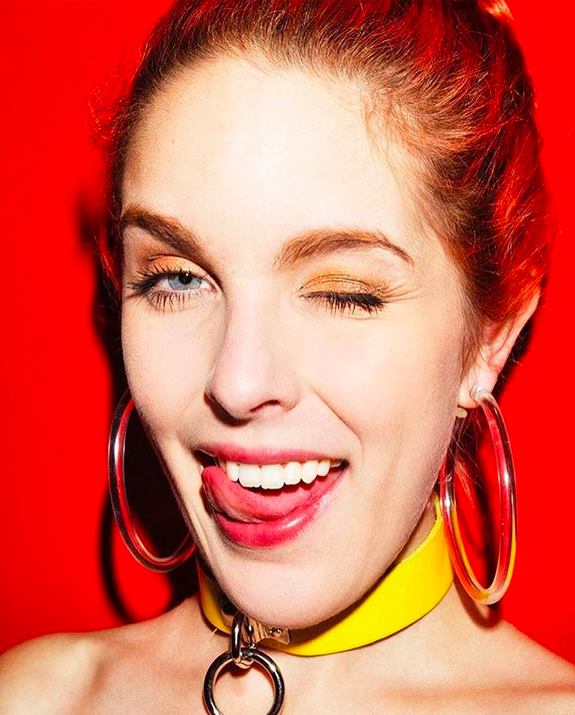 What is your next artsy project ?

Right now I'm very focused in making my Youtube channel grow. I'm doing a challenge called "try something new for 30 day", and I'm uploading videos every Tuesday. I'm really excited about this and my first challenge is "living in my car for these 30 days", and it's being awesome!
Here is the first chapter if you would like to take a look!