I grew up immersed in the American culture in Asia, half of my family lived in California, and my dad spent his childhood years in the Philippines, but I don’t feel Taiwanese or American, and I’ve never been to the Philippines. If anything, I would say that Beijing is the closest to home I’ll ever get, because I got to spend most of my mature, conscious years there, free from 24-hour parental control.

Tell us something about your roots growing up

Home is a few puzzle pieces from different puzzles forced together. You see, I always pause when people ask the simplest, icebreaker question: where are you from? Because I’m from everywhere, but at the same time, I’m from nowhere. I’m ethnically Taiwanese, which already means that I’m a jungle juice of East Asian cultures, but my first language is English because I was thrown into an international school in Beijing, China before my supposed mother tongue had the chance to cement. The languages my family speaks multiply as we go up the generation, due to the history of the island and their own immigrations. I grew up immersed in the American culture in Asia, half of my family lived in California, and my dad spent his childhood years in the Philippines, but I don’t feel Taiwanese or American, and I’ve never been to the Philippines. If anything, I would say that Beijing is the closest to home I’ll ever get, because I got to spend most of my mature, conscious years there, free from 24-hour parental control. But is there legal or biological proof that I’m a Beijinger? Nope, and there probably will never be. 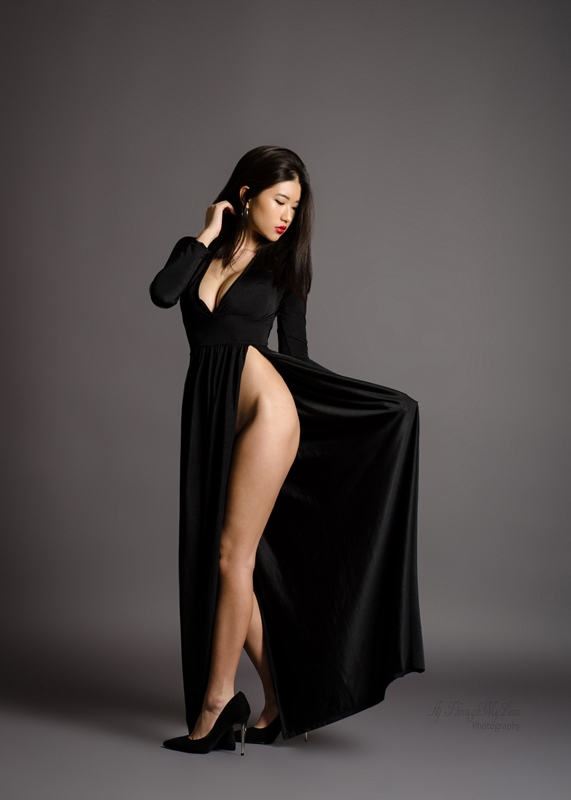 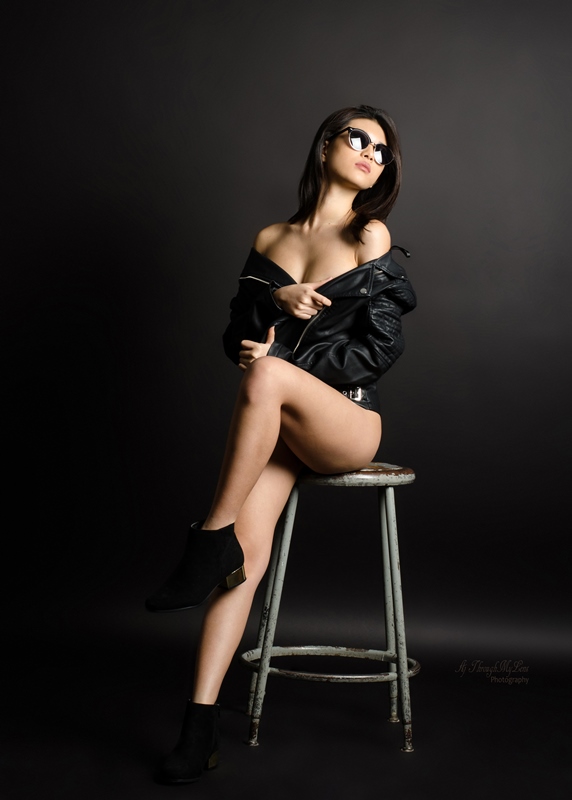 Teenage dreams and things that you used to enjoy during the teenage period.

When I was a kid, I loved Totally Spies and CSI, and I guess that became a part of me as I grew up. I’ve wanted to be an FBI profilist ever since I discovered the existence of the occupation through Criminal Minds because they get to psychoanalyze suspects and complete a potential portraiture of the suspects’ faces just based on clues they get. I thought that was the most badass thing to do combining the two things I love - art, and rummaging through people’s brains. Surprisingly, I haven’t changed. I still plan on conquering the world with art, and occasionally flip through human brains, hence my dual degree in painting and psychology. As for the FBI profilist dream… Maybe. Secretly. 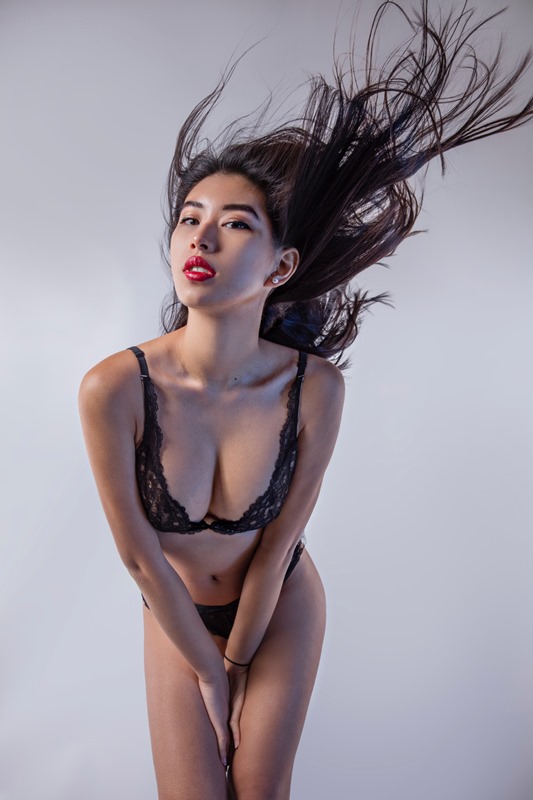 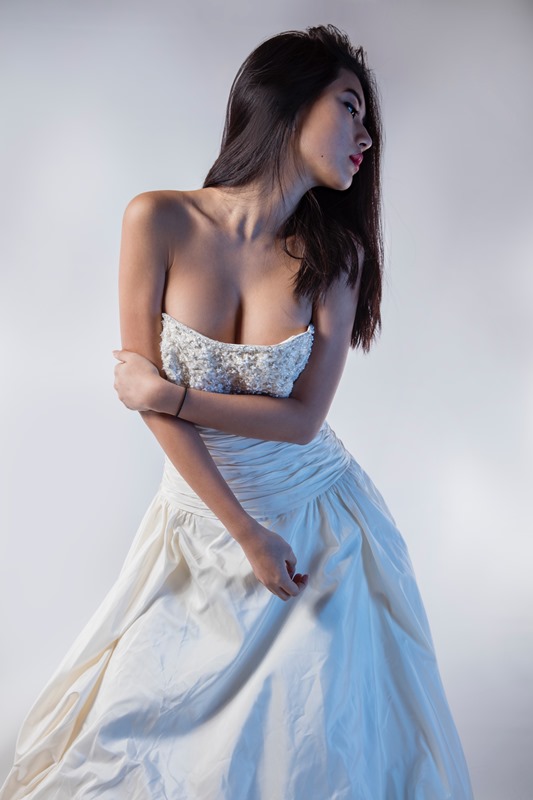 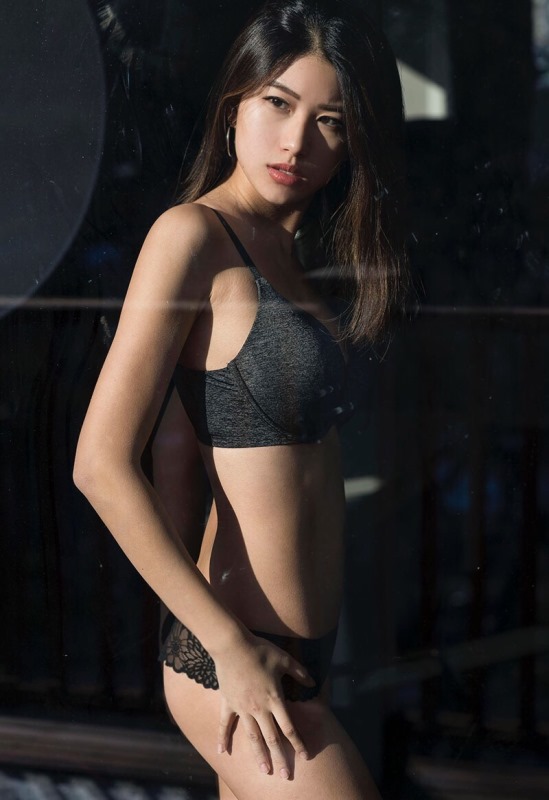 Interest in modeling - when did you realize that you wanna be a model? How did it start?

It started off as every little girl’s dream - to be a star, but I wasn’t particularly girly, or invested in any of my dreams besides becoming an artist. It was a phase, like, if I could be famous, that’d be pretty cool. I forgot about it for years after, until one day in my middle school years, when a questionably fashionable man walked up to me and asked if I wanted to be a star. Of course, I did! So silly little me went for a test shoot even though everyone advised me against it, and ran away halfway because I was scared of the crowd of adults surrounding me (sorry mom). After that, I thought through what had happened, and decided that maybe when I grew older - 16 was the perfect age to me back then, I remember - I could actually audition and become a star. That’s exactly what I did. I put myself out there on the internet, clicked a few buttons, and there, photographers expressed interested in helping me build a portfolio. 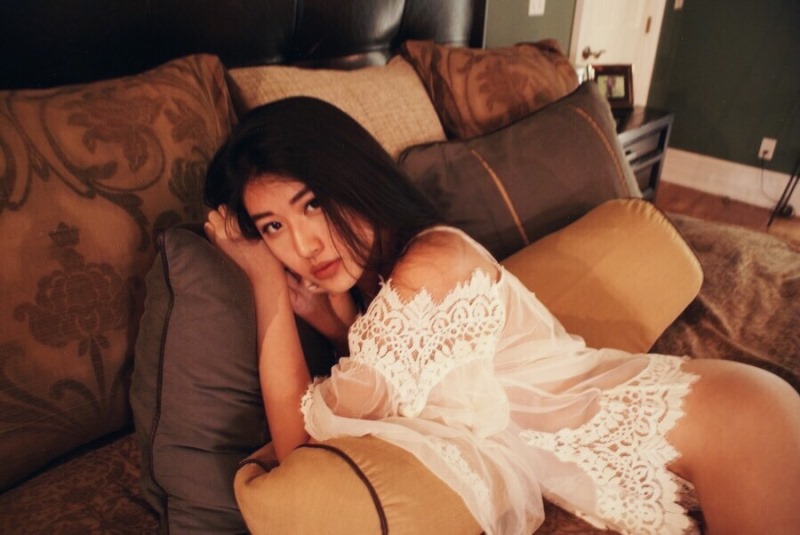 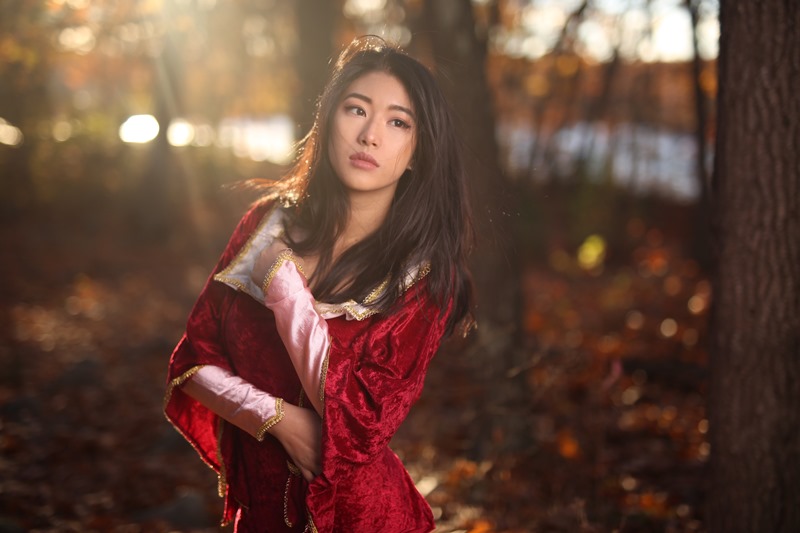 Tell us something about your painting.

I find myself an eclectic artist, being able to complete portrayals in multiple different styles (which I am working on solidifying into one), but most of my unpublished, favorite personal work surround a morbid theme. I like dark and crazy things, controversy, death, agony, and suffering - that kind of stuff. You’ll often see the extreme pain in expressions, deformed and punctured figures, magical realism, or a juxtaposition in the atmosphere, like a canned fetus in a serene composition of classical still life. 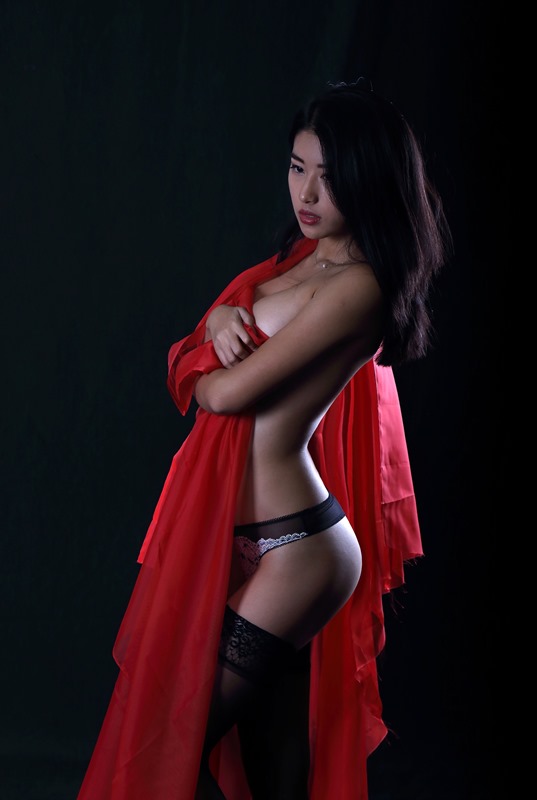 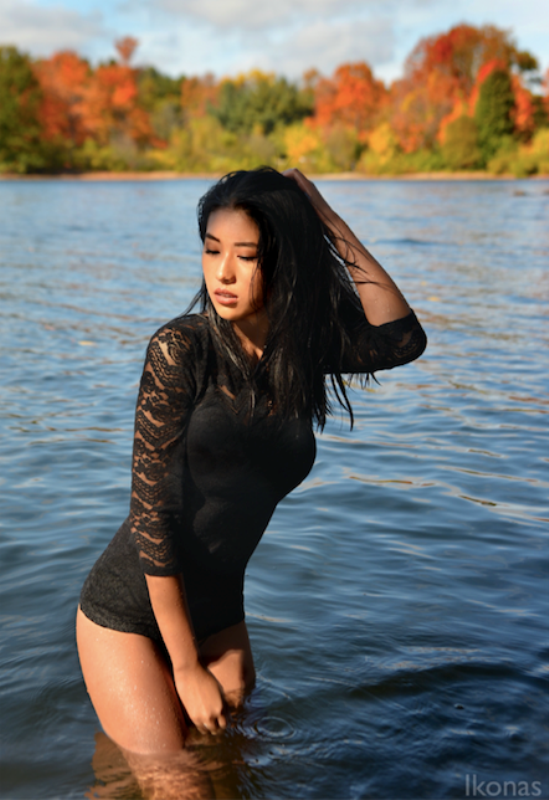 Favorite painters and influents to your work?

The high Renaissance and romanticist artists aside, my favorite modern artist is Alyssa Monks with her expressive hyperrealism, but the biggest influents to my work are my personal experiences and emotions.

Have you had exhibitions so far?

Yes! Back home in Beijing, once in Boston so far, and I definitely plan on submitting to more here in the U.S. 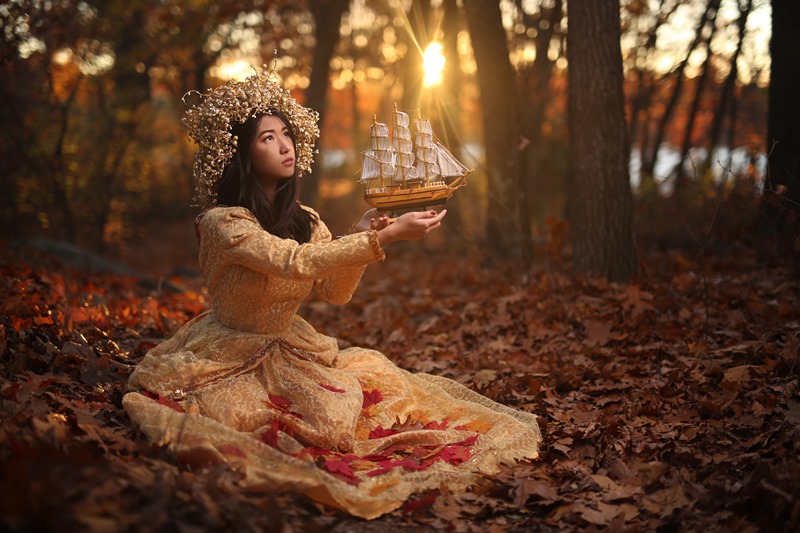 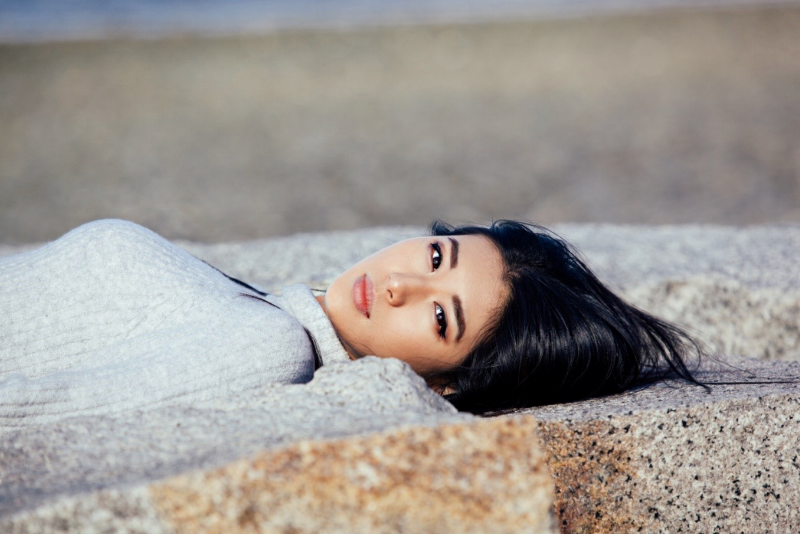 What kind of music and movies do you like?

Sad, morbid ones - who would've guessed? I enjoy a variety of genres in music, such as jazz, house, acoustic, and rock, and my favorite movies are psychological thrillers, like the Black Swan and Hard Candy.

You have psychology major in college and you used to work in that area. Can you tell us why psychology and your experience when it comes to that part of your life?

I detest the stigma that mental illness holds, and sympathize with those who are suffering from them, due to my personal history and that of the people I care for. I want to make the world a better place in the unseen, but very much felt. 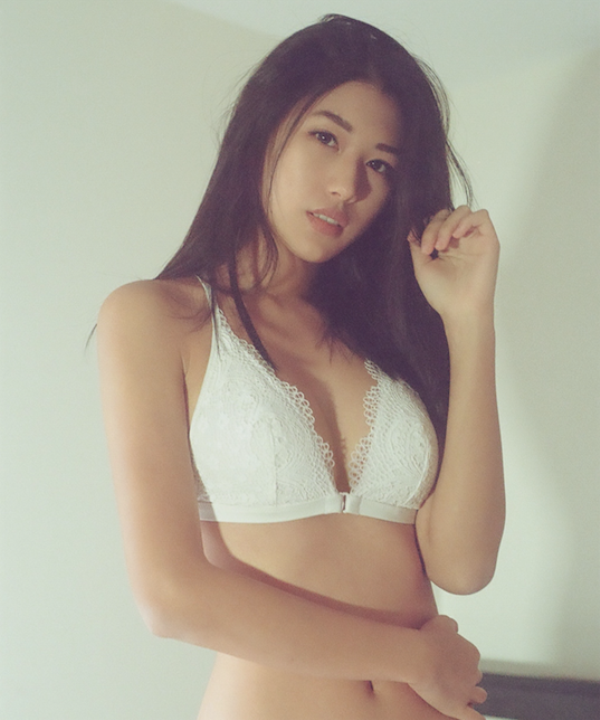 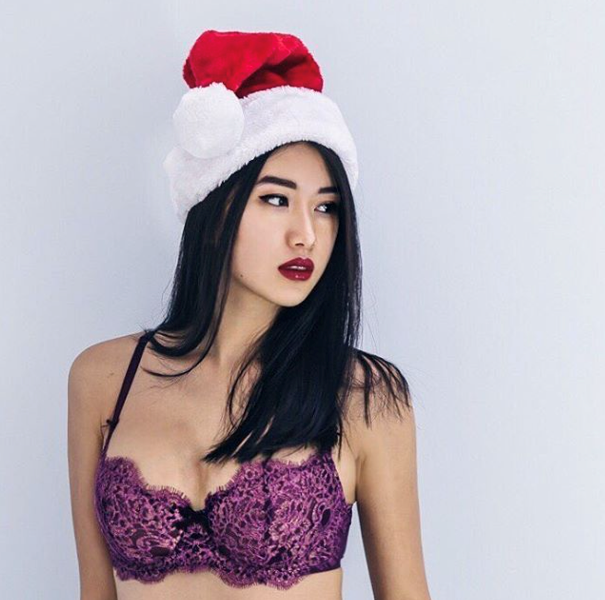 What kind of modeling do you prefer?

Sleep in until as late as I can, turn off the twenty alarms I set more than twenty times, roll around in bed checking social media, finally get up after two hours, organize some stuff for the day, head off to work or class, oftentimes both, banter with friends, do my extracurriculars, forget to eat, serenade myself with my guitar, paint or read a little, realize that I didn’t eat, eat, browse and fidget with things, forget to sleep, sleep, repeat. Pretty busy, but I find me-time once in a while. 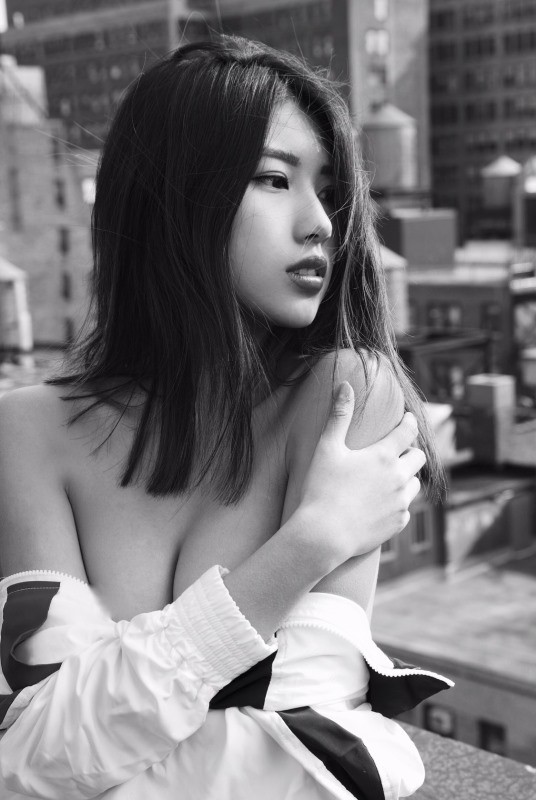 Tell us something about Beijing, about the city life and artsy life there. What would you recommend to people like "must see" in Beijing?

Don’t expect yourself to get through more than three checkpoints on the Great Wall, especially in the summer. You’ll see it once, feel enlightened, and be able to tell people that you’ve been to the Great Wall.
Do go to 798, the art district! That’s where I had my exhibitions. They have cute brunch/dessert places and artsy things everywhere, so even if you’re not interested in the arts, you can go there for the food and feel more well rounded.

Tell us your impressions of Boston? Likes and dislikes?

I love it here. It’s a perfect middle ground between New York City and a suburban area, but the long winter makes me feel inclined to curl up and hibernate.

How do you see yourself in 5 yrs?