A handsomely shot and superbly acted exercise in cinematic minimalism, Locke, which takes place entirely in a car, is the kind of film that makes a mockery of a star rating system. What it does it does so well, it is hard to imagine it being done better; but in the end it is never more than the sum of its excellent parts.

When the film opens it's late in the evening and the title character, a civil engineer called Ivan Locke (Hardy, who played the villain Bane in the last Batman instalment, The Dark Knight Rises) hops into his high-end SUV at a huge construction site and drives off. 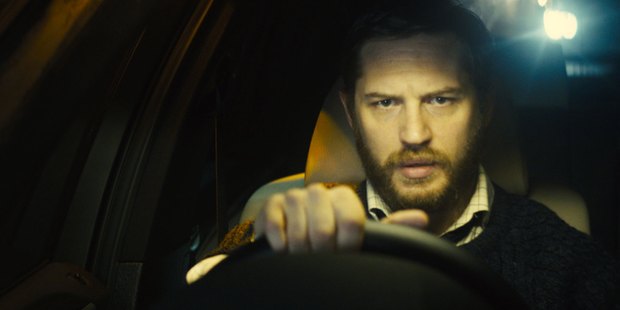 Over the next few minutes we will gather that he's driving from Birmingham to London; that the timing could hardly be worse, because it's a very big day at work; and that the reason for his trip is about to upend his life and the lives of his workmates and family. All this unfolds as a series of conversations he has on his hands-free phone: with his boss, his deputy, his kids, his wife. No other character is visible, though a large handful of disembodied voices provide more than enough dramatic conflict. It's safe to say that this is the first dramatic feature in which the pouring of concrete generates a cliffhanger.

And that's not the half of it.

Writer-director Knight, creates a drama that is entirely internal: this man is not forced to confront his fate, like Duel's Dennis Weaver, in the form of an external agency. Instead he wrestles with competing demands, including those of his conscience and he is never more than simply human: one of the film's strengths is that Locke never seems to be entirely sure why he's doing what he's doing, but he never wavers in the certainty that he's doing it.

Hardy's orotund Welsh accent, at first impressive, becomes faintly cloying as the film progresses - an impression that hardened when I discovered he has no Welsh roots. And the studied symbolism of engineering terms applied to moral challenges wears thin. But it's a mesmerisingly watchable movie that will leave you both exhilarated and wrung out.